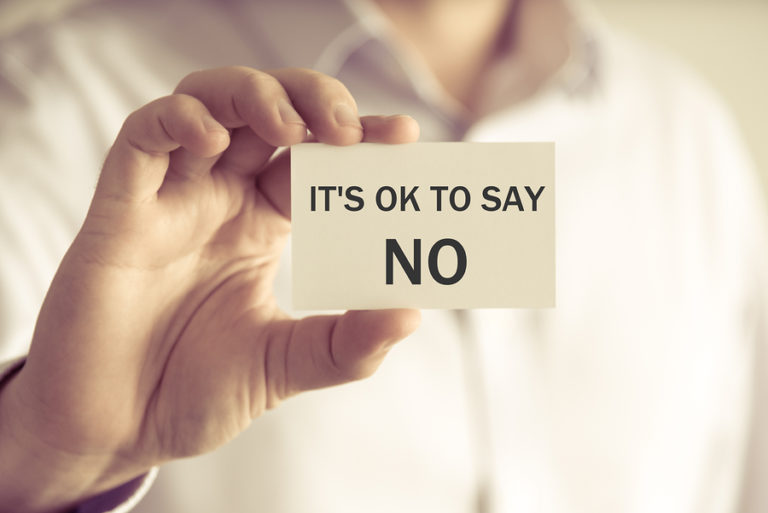 How to Say “No” without Making Enemies – Book Review

Joseph Grenny, a social scientist for business performance, offers four ways you can say “no” at work without offending your colleagues.

Saying no can “define the contours of your character and the shape of your life” according to Grenny. For instance, saying no to something that may compromise your values allows you to be more secure in those values. But sometimes, that is easier said than done, especially in the workplace, Grenny notes. Telling someone no inherently generates disappointment in the person whose request you’re denying.

The key, according to Grenny, is knowing how to say no. “Your goal is to ensure disappointment doesn’t escalate to insult”, Grenny writes.

With that goal in mind, he offers four ways to mitigate the risk of insult and reduce disappointment among your colleagues.

The 4 secrets to telling your colleagues “NO”

Share your logic Instead of simply saying “no”. Share the logic, reasoning, and values behind your decision, Grenny writes. If you state your conclusion with no explanation, the listeners “get to make up the path you took to get there” according to Grenny. Instead, control your own narrative by citing all of the data and facts that lead you to your conclusion. “Don’t leave a mystery for others to solve”, Grenny writes.

Acknowledge when there are value trade-off. Big decisions usually involve value trade-offs, according to Grenny, which means you need to “Let others know you sympathize with the values your position compromises”. Leader should show those who want to keep the team together that he/she values their opinion, even if hers is different.

Be confident, but thoughtful When turning someone down, “It is important to take a firm stand, but not an overstated one”, according to Grenny. Statements like, ”The right answer is …” will alienate other employees and might “provoke[e] unnecessary conflict”, according to Grenny. Instead, “[s]how that you are a thoughtful person who has arrived at a conclusion”, by using statements like, “I have concluded …” or “I believe …”

Ask first Sometimes the person you want to say no to is a boss or manager. In those cases, “It can be helpful to ask permission to say no”, as show of respect for your manager’s authority, Grenny writes.

Instead of simply saying “no” to a request from your boss, Grenny suggests you say, “Boss, you’ve asked me to take on a new project. I think it is a bad idea for me to take it on, and I’d like to share my reasons. If, however, you don’t want to hear them, I’ll take it on and do my best.” In most situations, your boss will hear you out. But, “If the boss refuses to hear your reservations, you get to decide if this is an environment you want to spend a significant part of your life in”, Grenny writes.